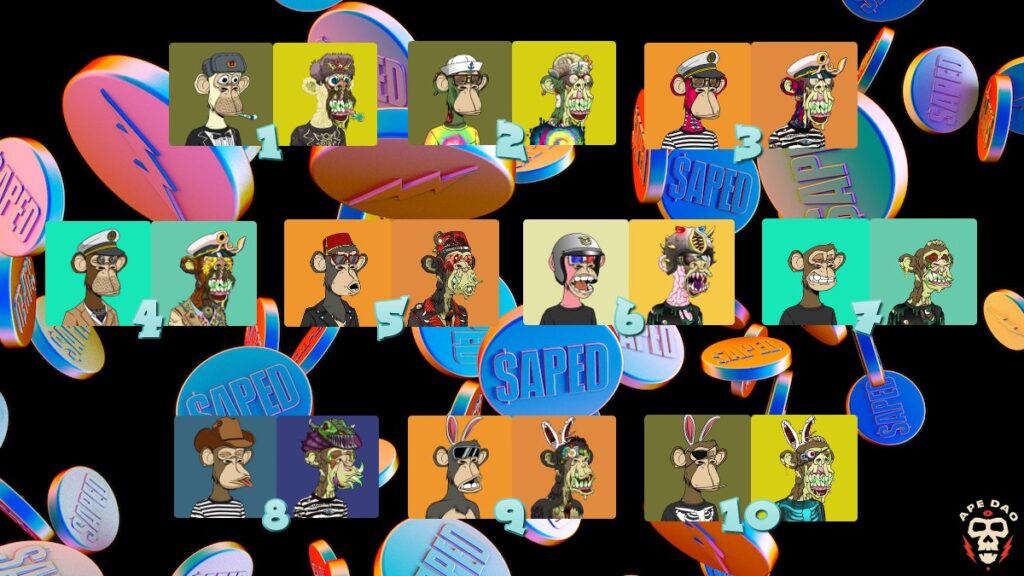 ApeDAO is currently the 3rd largest holder of Bored Ape Yacht Club NFTs, but that might not be true for much longer.

DAOs are a concept in the cryptocurrency space that have recently gained massive popularity in the past year. A DAO is a decentralized autonomous organization and in this context, it is controlled by a governing body of token holders. When holding the token, DAO members are able to vote on proposals by verifying their ownership through connecting their wallet to the proposal site. The DAO we are covering in this story is ApeDAO and the members control the DAO by holding the token $APED.

The ApeDAO treasury holds an impressive collection of blue chip NFTs including 81 Bored Ape Yacht Clubs, a CryptoPunk, several Cool Cats, CyberKongz, and Chromatic Squiggles . The current value of all the NFTs in the ApeDAO treasury are estimated to be worth 11,562 Ethereum and that is the conservative estimate. The price of ETH currently sits at about $2,600 putting the estimated value of the treasury to be worth about $30M at the time of writing. See the chart below for the most recent valuation.

Given these numbers, the $APED token should have been trading for about $16 if it were to mirror the worth of the assets the DAO holds. Unfortunately for the holders, $APED was not meeting expectations as it was only trading for $8. The value of the ApeDAO treasury has skyrocketed in the past few months, yet the token price has dipped from $10 to $8. This inspired last night’s proposal by a community member to liquidate and distribute the profits to the token holders. According to the proposal, the holders would receive between 6-8 ETH per 1,000 $APED tokens held; a far greater return than if they were to sell the tokens.

As you can see in the image above, the current results of the vote overwhelmingly lean in the favor of liquidation. Voting ends February 2nd and if it passes then the DAO will likely begin to liquidate. There is, however, a chance that this vote might not be carried out. The ApeDAO treasury is locked behind a multi-sig wallet, meaning it will take four community member signatures to access it. If only one of these signers choose to not sign and follow through with the liquidation, it cannot happen. We can only wait and see what plays out next week.

The mission of ApeDAO was to become the largest holder of Bored Ape Yacht Club NFTs, yet they are currently the 3rd largest. If the liquidation occurs their goal will never have been met, but at least a considerable profit will have been made by the holders. To keep up to date with the situation you can follow their Twitter: https://twitter.com/ApeDao_