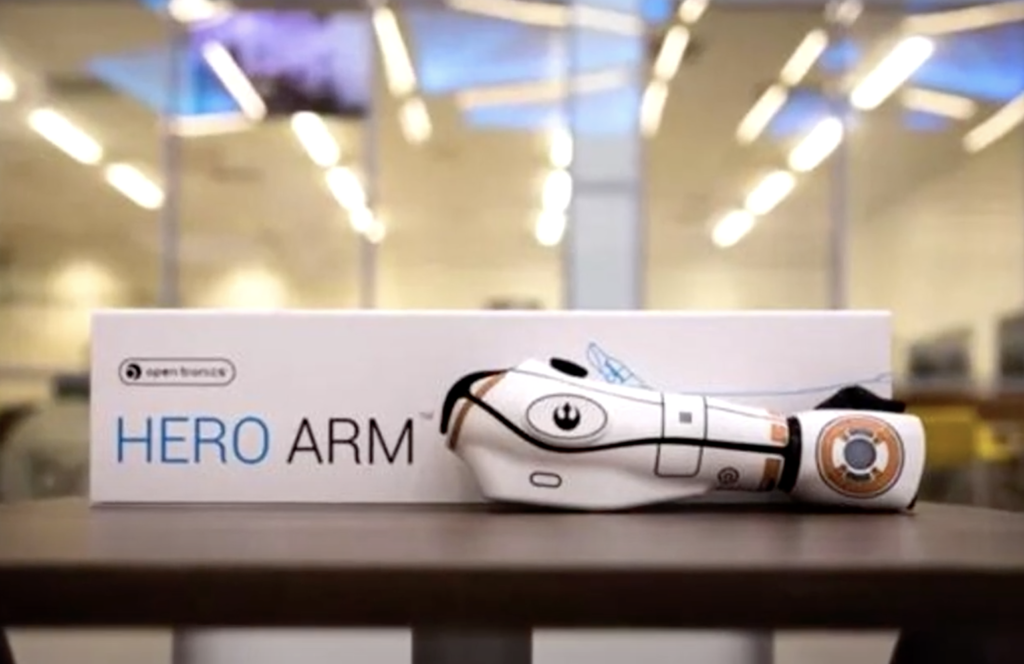 It is estimated that every 30 seconds someone in the world loses an arm or a leg. That is about 1 million people annually who have to have a limb amputated.  According to WebMD there are almost two million amputees in America alone. This number is expected to double by 2050 due to an increase in vascular disease cases which is the leading cause for limb amputation.  The International Diabetes Federation (IDF) predicts that the current global prevalence of diabetes will burgeon from 285 million to reach 435 million by 2030 which will be the major reason for limb loss in America. These numbers do not include the amount of people who were born without a limb, having never experienced what it is like to possess it.

Traditionally, if someone loses an arm or a leg they never get to enjoy the use of that limb again. This is the unfortunate reality for a growing number of people. Losing a limb is undoubtedly an experience that would be devastating to anybody. After the amputation of an arm or leg, people have to go through the daunting psychological process of accepting the tragic loss of their limb and then adapting to their everyday lives without it or with some sort of prosthetic.  Prosthetic limbs usually only offer slight aesthetic value and some practicality, but it is never quite as good as the limb amputees are born with.  Could it be possible, however, for prosthetic limbs to advance to a point that they are better than the limbs we are born with and maybe even preferred?  Could they be more useful than the limbs we are born with and even look indistinguishable from them? Perhaps we could even design them to look highly aesthetic, unique, advanced, and even more attractive than before. These are possibilities that sound like they are straight out of the game Cyberpunk and they could be close to becoming our modern norm. Bionic prosthetic companies such as Deus Ex, Augmented Reality, and Open Bionics have been hard at work to make the world of advanced, futuristic body parts a reality. We have been witnessing a dramatic improval of the overall design and usability of bionic prosthetics in recent years. The functionality of new bionic products have already added tremendous value to the numerous members of the amputee community by making people feel more enhanced and empowered.  In this video we’ll be covering one of the most advanced and impressive prosthetics in the making, the Hero Arm bionic technology by Open Bionics.

The company Open Bionics was co-founded by Joel Gibbard and Samantha Payne in 2014. Then, in 2017, they were given the UAE AI & Robotics International Award for Good and a million dollars which allowed them to complete the development of their Hero Arm. The Hero Arm made history by becoming the first medically approved 3D printed bionic arm. A few years later they were named one of the hottest start up founders in Europe at the Europa Awards in 2018. Since this prosthetic is 3D printed it has a lower price tag and faster production time compared to its competitors. The Hero Arm features a long lasting removable battery that is designed to last all day without charging. It also boasts  an adjustable fit, and ventilated removable liner. Another characteristic of the Hero Arm is the aesthetic value in the customizable plating that is magnetically fitted to the arm. There are so many different options to the customization of the Hero Arm. They seem to have come away from the idea of trying to make the prosthetics look like biological arms and have embraced the sci-fi cyborg look. Recently Open Bionics teamed up with one handed gamer Daniel Mellville and the gaming company Konami to release an official Metal Gear Solid “Venom Snake” bionic arm for below-elbow amputees. Venom Snake is the main protagonist in Metal Gear Solid V who is famously known for his red and black bionic arm. This is one of the removable covers that can be added to the Hero Arm model.

So how exactly does the Hero Arm work? According to OpenBionics.com, “when a user intentionally flexes specific muscles in their residual limb, EMG electrodes within the Hero Arm detect tiny electrical signals, allowing them to activate different grips with precise, proportional control. There are sensors in the arm that detect signals sent from the user’s brain and converts them into the corresponding mechanical motion of the arm.” This yields an extremely realistic feel for the user and it does not take long for them to get used to it at all. There are also signals sent from the arm to the user via haptic feedback. The Haptic feedback feature gives the user of the prosthetic a more intuitive experience by communicating to the user via vibrations, beepers, buttons, and lights. The Hero Arm is also lightweight compared to other prosthetic models of the past and offers six varying grips to give the user more freedom to move in ways they could not have before. While the Hero Arm is extremely advanced according to today’s standards it is destined to continue upgrading as time goes on.

Improvements to the Hero Arm in the near to distant future could include an increase in the input and output signals from the arm which would give the user more precise control over the prosthetic. Technologies such as Neuralink could vastly increase the amount of input and output signals between the brain and bionic limbs. I know we have already mentioned Neuralink several times on this channel, but it is really such an amazing technology that is set to revolutionize the future of humanity in so many varying ways. The potential synergies of these two types of technology could lead to a bionic prosthetic experience that feels exactly like the sensation of having a natural human limb. If you want to learn more about the Neuralink technology in general, we’ve already made a video on it. Click here to watch that video.

When discussing Neuralink’s capabilities Elon Musk mentions the output of data coming from the human brain being rather low compared to what it could be with the aid of the Neuralink implant. For example, these words that I am typing right now originated in my brain and were sent from there to my fingers which are now typing the words. With a Neuralink implant, however, the words could potentially flow directly from the mind to the page, with no typing fingers needed. It is this kind of output capacity that could potentially yield flawless mechanical motion in a prosthetic device.

Another impressive aspect of the Hero Arm is the physical capacity. Currently the arm (weighing only 2.2 pounds itself)  is capable of lifting 17.64 pounds (8kg). This isn’t much right now compared to a biological arm, but in all likelihood the Hero Arm of the future could far surpass the capabilities of a biological arm. Many have speculated that prosthetics will be stronger and more capable than biological limbs. It is easy to imagine this technology progressing to that point, and even to the point of being better than the original arm entirely, not just in lifting capacity.

Bionic prosthetics are advancing quickly and it makes us wonder…what will this technology look like in fifty years? If the technology does come to a point where the prosthetic is visually and practically no different than the original limb then the question of how far this can be taken is at hand. How much of the Human body can be replaced? Could it eventually be entirely replaced? What will our bodies look like in 50 years as this technology progresses? Only time will tell. What do you think of the Hero arm? Would you be eager to get one in the event of a loss of your limb?  Feel free to leave your thoughts in the comment section.