Will the technological singularity END humanity? 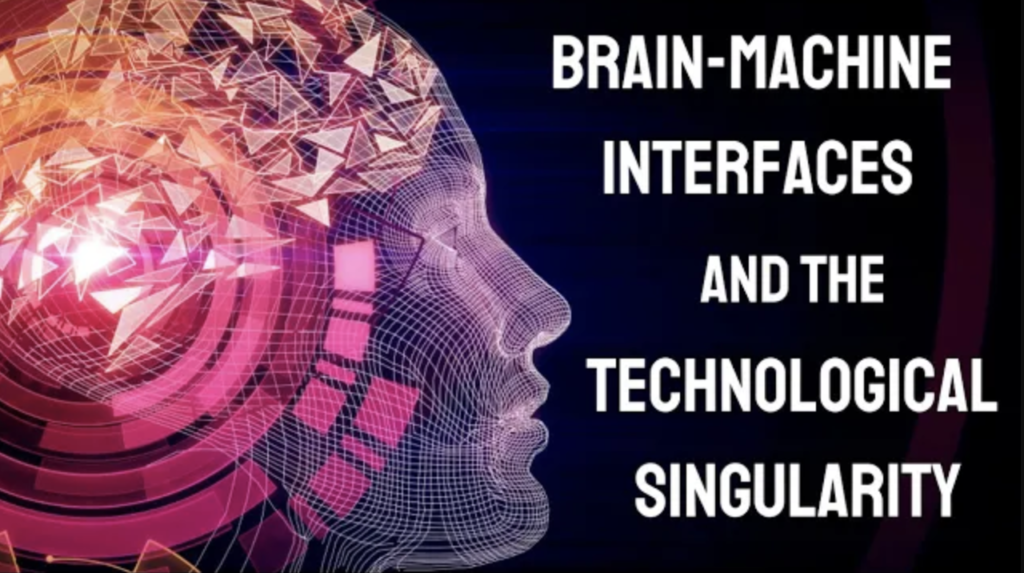 Would you believe me if I told you that we are on the edge of change comparable to the rise of human life on Earth?  This is exactly what computer science professor, Vernor Vinge, argues in an article he wrote for the Vision 21 Symposium sponsored by the NASA Lewis Research Center.  Vinge claimed, in this 1993 article, that he thinks we will soon have the technological means to create superhuman intelligence and then shortly after the human era will be ended.  He believes that we are approaching a technological singularity and that this could potentially be realized through the use of computer/human interfaces. Computer-human interfaces have been referred to as a plethora of terms including neural-control interfaces, mind-machine interfaces, direct neural interfaces, brain-computer interfaces, and brain-machine interfaces. For the sake of simplicity we will be referring to them throughout this video as brain-machine interfaces or BMIs.

BMIs work by reading and analyzing neural activity to establish a two-way connection between living brains and machines.  This connection makes it possible to do extraordinary things such as control external devices with the use of thought alone. Some even wonder if it could eventually be used to communicate telepathically with one other. The technology is currently in its infant stages and it may be a long time before BMIs become widely used, however, a company called Next-Mind already has a BMI product on the market.

Next-Mind takes interfacing with technology to the next level as it allows you to control devices such as your phone, the lighting in your room, your tv, and even your electronic music equipment with your mind.  Yes, you can even make music with your thoughts. It does this by translating your neural signals to commands for the devices. Next-Mind is, additionally, ushering in a new era of gaming with mind controlled gaming experiences.  Virtual reality gaming will get increasingly realistic as this technology progresses. While Next-Mind is one of the only BMIs available to purchase it is still in its early stages of development. Perhaps the most well known BMI currently being developed is Elon Musk’s creation known as Neuralink.

Neuralink is a brain implant that will initially be implemented to help people with paralysis regain independence. This, however, is not the only goal of Neuralink. According to neuralink.com the “..technology has the potential to treat a wide range of neurological disorders, to restore sensory and movement function, and eventually to expand how we interact with each other, with the world, and with ourselves.” Musk humorously described Neuralink with the statement “It’s kind of like a Fitbit in your skull with tiny wires,”. Unlike Next-Mind, Neuralink must be surgically implanted, but don’t worry, you won’t have to trust a human with this delicate task. It can only be implanted by an advanced, extremely precise machine. The surgical machine replaces a small part of the skull, about the size of a coin, with the Neruralink device while minimally altering one’s physical appearance. It is likely that you could have one implanted without anyone ever noticing it on your head. Even though Neuralink has applied to launch human trials, we have yet to see that become a reality. In August of 2020, however,  Musk successfully shared the progress of the technology by implanting the Neuralink chip directly into the brain of several living pigs. One of the pigs, Gertrude, demonstrated the Neuralink being used in real time. The Link was connected to specific neurons located in the pig’s snout.

Another pig, Dorothy, had her Neuralink removed, proving that you can live a happy and healthy life if you choose to remove the technology after receiving it. As this technology advances we could likely see the end of medical conditions such as alzheimers, paralysis, and even addiction. Any conditions that have to do with the brain and spine could potentially be remedied by future versions of Neuralink.

There is a lot of speculation about the potential uses of BMIs in the future. Some say we may be able to use the technology to predict human behavior.  If the implant is able to collect enough data from the brain, it could get better and better at guessing what neural signals might go off next, which would essentially be a step towards predicting and understanding human and animal behavior. Some speculate that BMIs could one day be used alongside Smart Home technology to control things around our house such as the temperature, appliances, and alarm systems with our mind.

While all of this seems far out and futuristic, it may be closer than you think to becoming reality and it could advance to points almost unimaginable in our lifetime. People such as Elon Musk and Vernor Vinge believe this technology will put us on a direct path to taking part in the creation of the technological singularity. You may be wondering: What exactly is the technological singularity? While it has several definitions, most agree that it is the hypothetical point where technology advances at such a rate that it is irreversible. In other words, when technology is able to harbor an artificial intelligence that becomes smart enough to advance at exponential rates in which case the human species will likely be left behind unless it adopts BMIs. Elon Musk had this in mind when he invented Neuralink. He famously tweeted “If you can’t beat them, join them” in reference to the rapidly advancing artificial intelligence. Vernor Vinge expressed that he would be surprised if it happened earlier than 2005 and later than 2030. Do you think his prediction will come true?  Are you excited by the idea of the technological singularity or maybe a little afraid?  Would you receive a Neuralink implant to take the next step to advancing human evolution? What does the technological singularity mean to you? Feel free to comment your thoughts in the comment section.